With Creative Direction under Hazel Baird, Elastic put in an unprecedented effort to bring each story to life in the new anthology series.
08 - 18 2021 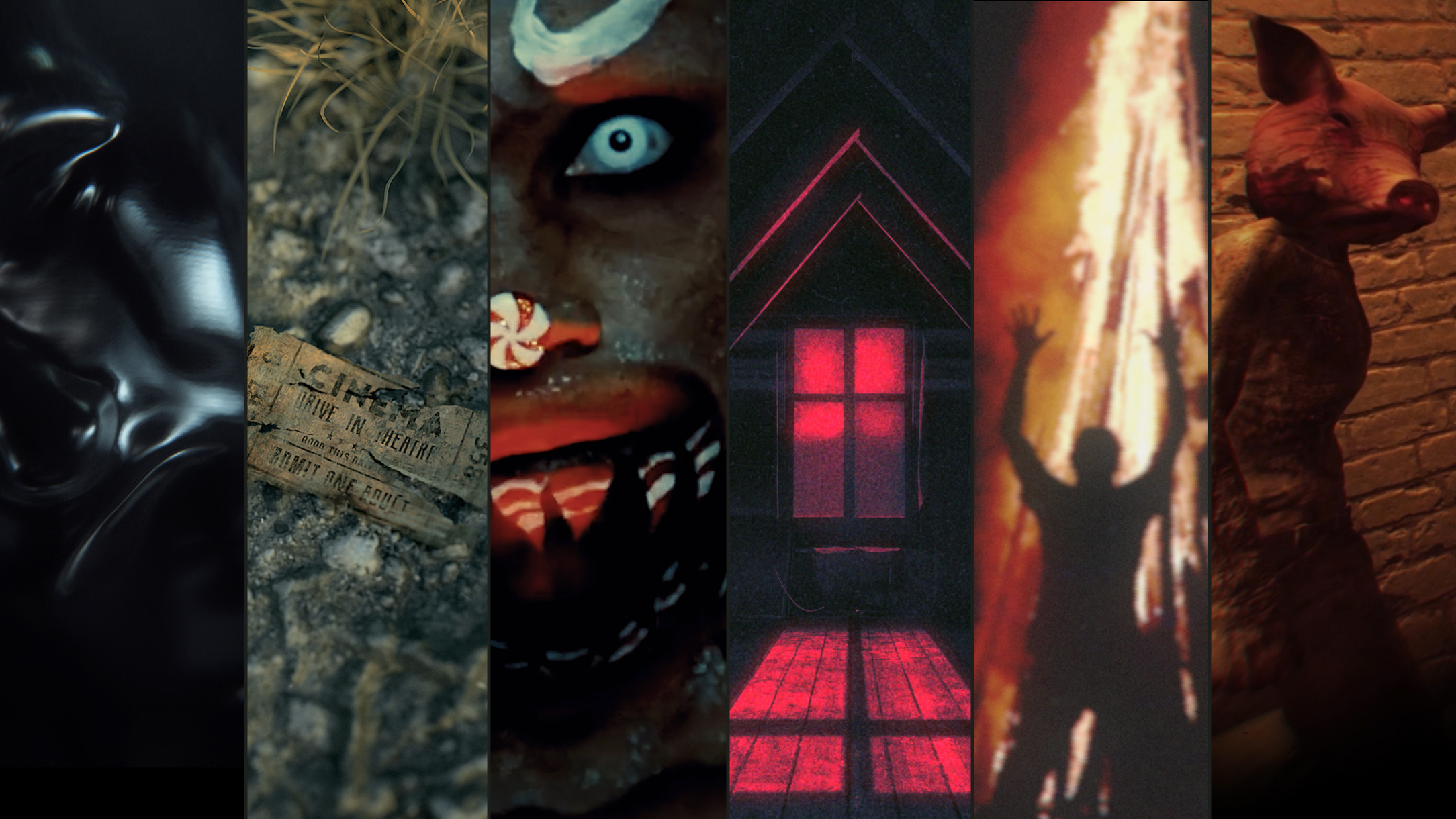 Fans of Ryan Murphy and Brad Falchuk’s American Horror Story will appreciate the spin-off’s equally macabre and goosebump-inducing tone. The seven-episode series focuses on a different story in each episode, which was a dream job for horror-junkie Hazel Baird. “It’s in my bones,” she joked. As an avid fan of dark, twisted, and supernatural stories, creative directing six uniquely sinister title sequences was an exciting project to take on, and one that was made even more thrilling thanks to the creative freedom Murphy and his team entrusted in Elastic. (The result of many past collaborations with Elastic, including Ratched, The Politician, Pose, Hollywood, A Secret Love, and The Prom.)

The series opener is Rubber(wo)Man; a demonic, BDSM-filled story that takes viewers back to the Murder House featured in season one of American Horror Story. (Fans of season one will notice a few other Easter Egg callbacks.) Upon reading the scripts for Rubber(wo)Man and Rubber(wo)Man: Part Two, Hazel envisioned a title sequence that dramatized the episode’s fetishism and power dynamic in black latex, a material featured prominently in the episode. “The title sequence is about how Scarlett (Sierra McCormick) is uncomfortable with her new-found power, but quickly transitions to enjoying how dangerous and sexy it is,” Hazel described. “And then it becomes scary because she understands her true calling.” It was also a huge challenge for the CG team to shoot the black latex and make it look like rubber. With the team working remotely, everyone was looking at rushes on different monitors and therefore could not decipher the true color. With a sequence that is such a specific style, there were a lot of initial problems but they got there in the end.

Episode three opens at an abandoned and run-down drive-in movie theatre. Aptly titled Drive-In, broken down cars, decrepit ticket stands, and empty film reels overtaken by spider webs create the sense that something has gone deadly wrong. The outdoor theatre is an eerie palimpsest for a life that once-was, until it becomes a bloodzone. As ruby-red blood drips down the cars’ side mirrors and oozes over the lifeless speakers, the sun sets, the night sky takes over, and the old becomes new (an impressive technical feat pulled off by the CG team). “Ryan wanted iconic, dated, and scary images from the atomic age of drive-ins, ‘60s and ‘70s,” Hazel described. “A real tribute with their big looming screens and sci-fi components.” Inspired by the 1983 film Christine, “We made it look like everything is falling apart, but then the blood brings it back to life.”

Naughty List, episode four, is a Christmas story told through TikToks. As a natural lead-in to the episode, the main title is a compilation of increasingly sinister videos sourced from the social media platform. With the vertical videos paneled side-by-side, the clips include teenage glow-ups, Christmas-themed indiscretions, and Santa-outfitted dances choreographed by the viral dancing legend and friend of Elastic, Vince “Coco” Coconato of Bob’s Dance Shop, made specially for this title sequence. Out of all six titles, Naughty List involved the least amount of top design from Hazel’s team, and instead, she accredited the editors for threading together the kidnapping narrative that runs through the sequence.

There were several influences on the title sequence for the fifth episode, Ba’al, like the posters of the 1968 psychological horror film, Rosemary’s Baby and The Omen. The design team accentuated the demonic tone by using reds and blacks to color the occult imagery featured throughout the sequence, which was then given a graphic half 3D, 2D approach using Cinema 4D and After Effects.

Feral, the sixth episode, takes place in a National Park where visitors have disappeared, but Bigfoot has appeared. The spooky title sequence draws influence from cult classic films such as The Hills Have Eyes and The Blair Witch Project, with the idea that it’s a collection of home videos and newspaper clippings portraying the horrors of the park. To create this effect, Elastic used both original footage shot around the Big Bear area, mixed with found stock footage for other sections. Wanting the visuals to look analog and obscured, the designers animated VHS noise and static throughout the piece for additional graphic treatment.

The final episode of the series, Game Over, returns viewers to the Murder House seen in episodes 101 and 102, as well as the first season of American Horror Story. However, the house looks slightly different this time as the episode is a simulated video game, placing the viewer as a first-person player moving about the Murder House. Inspired by horror style games such as BioShock, Resident Evil, and Alone in the Dark: The New Nightmare, Elastic collaborated with their partners at UK animation studio Feed Me Light to design the sequence’s video game aesthetic, which Hazel said they wanted to look “rudimentary, as if it was made by an amateur developer, intentionally not slick or sophisticated.” In order to achieve this look, the team recreated the Murder House to scale in Unity which gives users the ability to create games and experiences in both 2D and 3D so that it was a playable scene, it allows users to move through the house, run into the characters and even pick up vital items from the episode.

While creating six unique title sequences in a very short amount of time was an immense amount of work, there were equal parts passion driving each idea. Despite the dark and scary visuals, the title sequences for American Horror Stories were a true labor of love.

Inspired by the Possibilities of HPE Edge to Cloud, Elastic Innovates a Familiar Reality

In collaboration with Joan agency, the creatives at Elastic designed a vibrant and hyper-real universe, unlike anything ever seen before.