Alyssa Oh teams up again with director Dave Meyers on the lead-single off the artist’s sixth studio album.

Alyssa Oh teams up again with director Dave Meyers on the lead-single off the artist’s sixth studio album.
12 - 08 2020 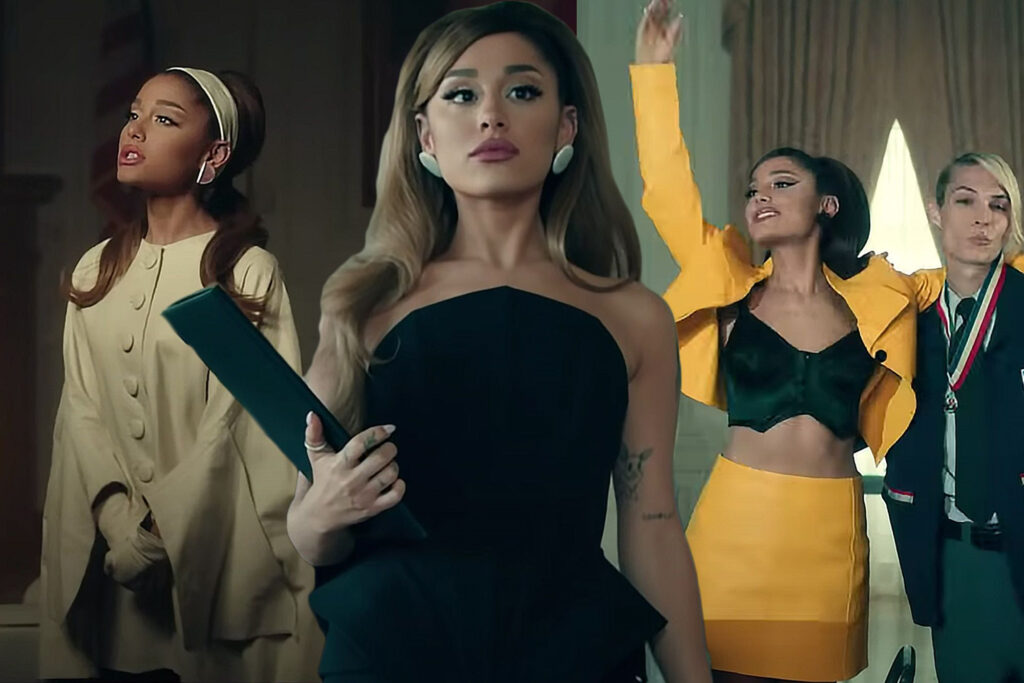 Ariana Grande’s music video for the title track of her latest album Positions plays like a revolving door, rotating through disparate scenes that each showcase her formidable feminine power. It is an ode to her many dimensions and her ability to multi-task with excellence; one storyline depicts Grande as the President sitting at the head of a diversely-occupied table in a White House briefing room while another storyline reveals the popstar as a domestic wonder, gracefully occupying the bedroom and the kitchen. The video demonstrates that Grande not only defies the anachronistic boundaries society casts upon women, but also that she will excel in any role she takes up. She has also peppered the video with references to her liberal politics made via cameos by her friends and family.

Positions was edited by Rock Paper Scissors’ Alyssa Oh, directed by Dave Meyers, executive produced by Shada Shariaztdeh, with head of production by Dre Krichevsky. “It was an incredible experience,” Oh said about working on the video. “Dave and Ariana are both extremely talented people and they both care about the work being done and are heavily involved in the entire process, from ideation to editing and post-production.”

While Positions marked Oh’s first time working with the Grammy award-winning songstress, she frequently collaborates with Meyers. “Collaborating with Dave is a great privilege and I’m honored I’ve had the opportunity to edit a number of his videos,” Oh added. “I love working on these films with him and being able to watch them progress from the storyboards to the final product.”

Alyssa Oh teams up again with director Dave Meyers on the lead-single off the artist’s sixth studio album.