When Primary’s Gregory Reese first signed on to color a documentary about the provocative comedian and activist, Reese only peripherally knew the name and face of Dick Gregory. “I knew of him as an oh that guy in movies, but I didn’t know the extent of how influential he was on comics like Dave Chappelle and Richard Pryor, or that he was a social activist rolling with Dr. Martin Luther King Jr. and Muhammad Ali. He really lived what he said; it’s amazing.”

“The One and Only Dick Gregory” marks the directorial debut of Andre Gaines, who first began working on the film six years ago, while its subject was still alive. (Gregory passed away in 2017.) “[He] is as present to me now as he was when I first started filming him six years ago – a trivial length of time when compared to the nearly six decades that this one man so greatly influenced American history, comedy, activism, and nutrition,” Gaines said. “He emptied himself completely for the movement, and while the enormity of his sacrifices are rarely acknowledged, he gave every artist a master class for what it truly means to both entertain and educate.” 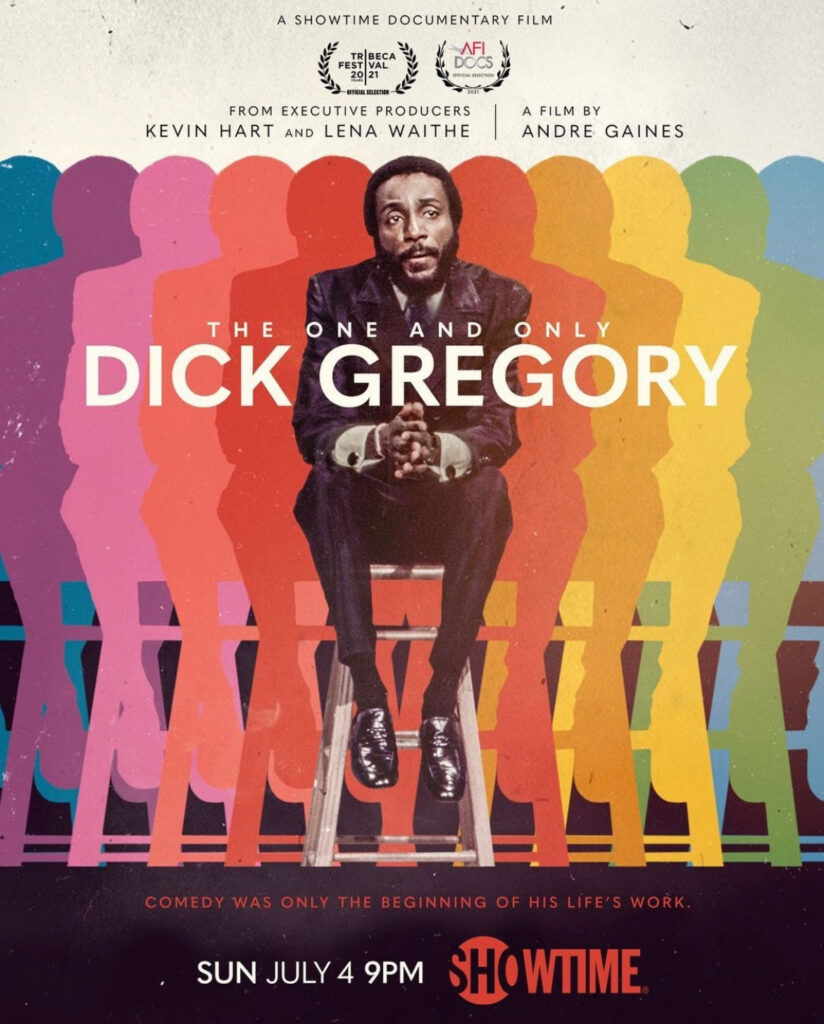 The film combines interviews with some of the comics who Gregory inspired (including Chappelle, Lena Waithe, Kevin Hart, Chris Rock and more) along with archival footage of Gregory’s stand up and interviews from throughout his life, which he lived as a self-described “agitator”. The range of material meant Reese was working with footage from different eras, ranging in quality, grain, and color. “My priority was to lend legibility and authenticity to the archival footage. Even if footage wasn’t pulled from the same era, it might have been used in the same storyline within the film, so Andre and I agreed to treat the black and white images with a slightly cool look, which created a cleaner aesthetic throughout the film, and it worked better for the story.”

Naturally, working on the film exposed Reese to the dimensions of Gregory, who he came to greatly admire. “Dick Gregory was such an amazing comedian, and he seriously put his life on the line,” Reese added. “I felt a responsibility to make the material look authentic, which is subjective and circumstantial, and has to do with an exact moment. If I do it well, then no one notices. Invisibility is a great thing. I want it to look like this amazing collage of footage from someone’s life, and what a rich life he lived.”

“The One and Only Dick Gregory” premiered at the Tribeca Film Festival as part of its Juneteenth slate, and will later premiere on Showtime on July 4th. Check out the trailer below.