One of the world’s most renowned commercial editors has officially joined the growing list of talent at RPS.
01 - 20 2021 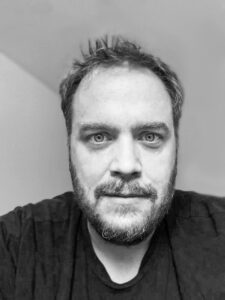 The London-based Hardcastle is a three-time recipient of Shots’ Editor of the Year title and a nine-time finalist for the award. His commercial work has also received high praise over the years, winning awards from the Cannes Lions, D&D Pencils, British Arrows, and CLIO’s. The 2009 integrated campaign he edited for Philips, The Carousel, (directed by frequent collaborator Adam Berg) won the Cannes Lions Grand Prix, making it one of the first online ads to win the festival’s top honor. The Carousel was praised for being a technical masterpiece, but also for setting the stage for the wave of online advertising in the following years.

“Paul is one of the most respected editors in our business,” said Angus Wall, MakeMake founder and founding partner at Rock Paper Scissors. “I have a lot of admiration for the innovative, forward-looking way he has approached not only his work, but also the relationships he has with agencies and directors alike.”

Hardcastle, who is also a founder, partner, and editor at Trim London, has edited campaigns for some of the world’s biggest brands, including Apple, Nike, Uber, Coca Cola, Amazon, Ford and many others.

“We are thrilled to help support Paul’s work here in the US,” added Eve Kornblum, Managing Director at RPS. “He is one of the absolute masters of our craft. What a great way to start off the new year.”

And on joining RPS, Hardcastle said that “the work at Rock Paper Scissors has been at an aspirational level for decades now, I’ve been a fan my whole career. I am very excited to finally get to work with them in the American market.”

We look forward to an exciting future between RPS and Paul Hardcastle. Check out his reel here.

Carla Luffe Named Editor of the Year at Ciclope

Rock Paper Scissors is very proud to congratulate Carla Luffe for her well-deserved achievement. Carla, who is based in Scandinavia, is a recent addition to the RPS team and in the words of RPS’ Managing Director Eve Kornblum, “a master storyteller.”